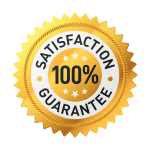 There are many grades of Hydrogen Peroxide and depending on your application some can be better choices than others. Our H202 is a Peroxide that is lightly stabilized, this makes it the ideal choice for use in pools, hot tubs and float pods. When looking to buy hydrogen peroxide online, there is a lot of confusion, specifically in regards to the use of food grade hydrogen peroxide. Food grade H202 will technically work in these applications, but just not as well and here is why. Food Grade Hydrogen Peroxide is not stabilized and there for, decomposes much faster than other types of peroxide. Things that rapidly excel this decomposition is light in the form of UV rays, so being out side, and heat, like the heat from a hot tub or the weather. While no peroxide is 100% resistant to UV and Heat, our peroxide in applications which require those conditions is a better option because it will last significantly longer in those environments. This means more of your H202 is used for what it was intended for instead of evaporating into the atmosphere.

Many times in pools, hot tubs and float pods, UV devices are used to sanitize the water. This is another important thing to take into consideration. When H202 passes through UV light, the molecule rapidly disintegrates creating free radicals. These Hydroxyl-Radicals are very efficient oxidizers and combined with our H202 create an incredibly effective sanitation. Again, food grade peroxide would work in the same way, it would just be consumed at a much higher rate.

This all sounds great, but I heard the stabilizers are dangerous. Tell me about that!

There are many types of stabilizers used in the many types of peroxide, and again depending on the application, some are better choices than others. One of the most popular stabilizers used in peroxide is called Sodium Citrate, also known as Citric Acid. This is a naturally occurring chemical which is present in many common food items you eat daily and is widely used in the food industry for adding flavors to things like club soda or lemon-lime soft drinks.

Other common stabilizers are called Sodium Phytate and Sodium Malonate. These too are naturally occurring chemicals found in many food items you eat, like fruits and vegetables. It is also a GRAS food approved ingredient.

There are no reviews yet.

Only logged in customers who have purchased this product may leave a review. 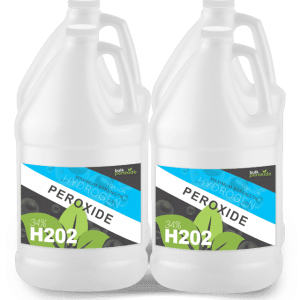 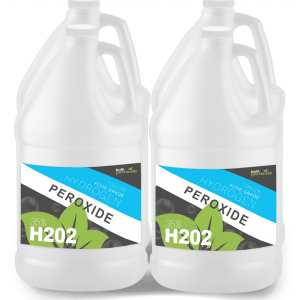 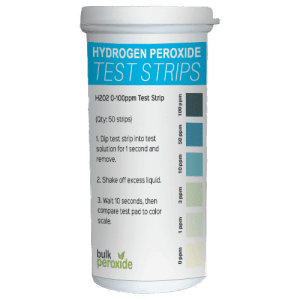