Why Does Hydrogen Peroxide Cause Bubbles on Wounds? 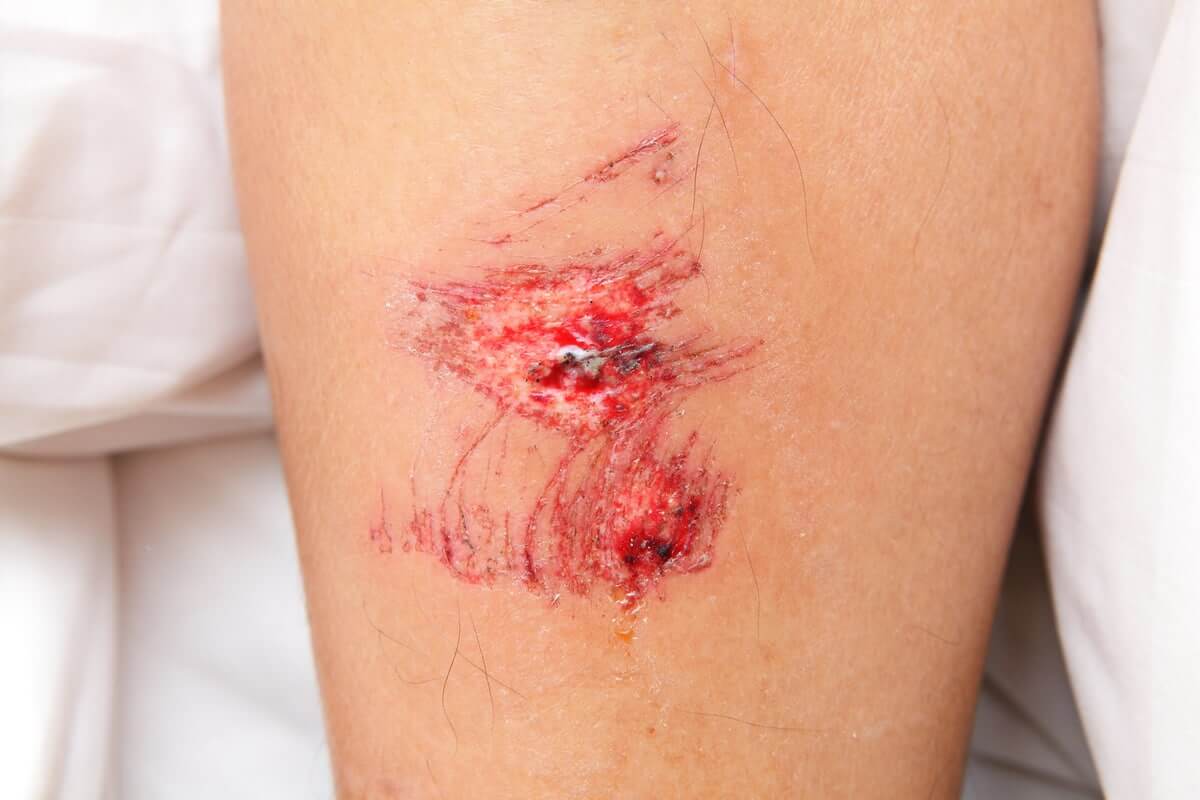 Why Does Hydrogen Peroxide Cause Bubbles on Wounds?

Hydrogen peroxide is one of the most popular chemicals markets. It is widely talked about and researched in all kinds of treatment plans. From cleaning wounds to even treating cancer, hydrogen peroxide is a topic for debate for enthusiasts.

Domestically, hydrogen peroxide can perform many tasks and procedures with the popular “bubbling” and “sizzling”. Now the question arises, what causes this bubbling and what are its implications in the cleaning of wounds and other procedures.

We will be answering all those questions with many more. So without further ado, let’s begin!

Why are Bubbles Caused?

The formation of bubbles is one of the most intriguing processes you will see in nature. It is used in various industrial and laboratory findings. But the real question is, what causes a bubble?

Bubbles are nothing but a form of air trying to escape or float away from a denser medium. Typically, bubbles are seen in water when something or someone is releasing air.

This air can be anything from oxygen, carbon dioxide, nitrogen, or mix. The fundamental characteristic of a bubble is that the air, under a denser medium (such as water), coalesces into round-shaped structures surrounded by a film of the said medium that rises above and out of it.

Most commonly, bubbles are seen in waters that can be released by fishes or any object holding air. However, industrially it can be used to estimate the purity of a mineral.

If a metal or some other mineral is holding impurities (most commonly sulfides or oxides), they react with water and release air which is seen in the form of bubbles.

But how can bubbles be linked to hydrogen peroxide?

Before we can definitively answer why hydrogen peroxide releases bubbles, we first have to know what its structure is. Only then would we be able to tell which molecule is responsible for the formation of bubbles.

Water has one atom of oxygen and two atoms of hydrogen. Therefore, the molecular formula is written as H2O. Hydrogen peroxide, on the other hand, forms H2O2. This extra oxygen is the fundamental property of this chemical which gives it its characteristic nature and properties.

The extra oxygen that hydrogen peroxide has is loosely bound to the central atom. In the state of peroxide, oxygen has an oxidation number of -1, which is unnatural (-2 is the common and stable oxidation state of oxygen). Therefore, it is prone to escape from this structure and very easily too!

This oxygen is termed reactive as it is unbound and highly energized. Therefore, it acts as an amazing oxidizing agent.

With all of the above-mentioned information in mind, we can effectively answer the question of how hydrogen peroxide can cause bubbling.

The two most basic components of bubbling, e.g., air and medium, are produced by hydrogen peroxide as products (oxygen and water). Therefore, whenever it is exposed to the atmosphere, hydrogen peroxide causes bubbling, and a “sizzling” sound is heard.

Moreover, if the agent hydrogen peroxide reacts with moisture, the free oxygen species can also cause the same bubbling phenomenon.

The Reaction of Hydrogen Peroxide with Atmosphere

Now that we know what leads to bubbling induced by hydrogen peroxide, we can look into what circumstances cause it.

Generally, hydrogen peroxide is a fragile molecule that requires special storage and protection from the environment. Because some of the very common factors to us can lead to dissociation and wasting of hydrogen peroxide. Some of them include

Although the sun is millions of kilometers away from us and most of the high-energy radiation is blocked by the ozone layer of Earth, some of the radiation in the form of UV-rays manages to escape and cause reactions.

UV-rays are more powerful than regular light rays, and the sunlight is rich in them. They trigger the breakdown and release of oxygen from hydrogen peroxide and thus, causing bubbling.

It is another important cause of the breakdown of hydrogen peroxide. The heat from the environment speeds up the biochemical process of breaking down hydrogen peroxide by energizing the free oxygen species.

Effectiveness of Bubbling on Wounds

The reactive oxygen species from hydrogen peroxide is not just a tool to cause bubbling. Rather, its properties are far-reaching. By properly controlling and regulating it, we can use it in hundreds of procedures. And cleaning of wounds is just an example of that.

The action of cleaning wounds using hydrogen peroxide is one of the oldest ones, dating back to the 19th Century. That’s because hydrogen peroxide can effectively kill bacteria that may seep into the wounds, as well as remove any dirt and debris from the wound.

All of them can be attributed to the reactive oxygen species. They can effectively oxidize and kill off all types of bacteria and germs over the wound.

The bacterial cell has organelles like cell walls and DNA which are prone to oxidative damage caused by ROS stress. And this stress is caused by the free oxygen released by hydrogen peroxide.

Most of the bacterial cell wall is made up of complex carbohydrates that are sensitive to oxidation. Hydrogen peroxide reacts with it and changes its composition, rendering them useless.

Similarly, hydrogen peroxide is also linked with the DNA-damage. Oxygen from this chemical reacts with the nucleotides present in the bacterial DNA, leading to misfolded proteins and damaging the cell’s overall integrity.

Not surprisingly, hydrogen peroxide is widely used to sterilize medical equipment in the form of a cool-mist sterilization process. It is also used in cleaning and disinfecting wards that are suspected of bacterial growth, especially antibody-resistant ones.

Similarly, hydrogen peroxide can oxidize the outer protein coat of viruses, changing their composition and the virulent (disease-causing) nature.

The greatest anti-microbial property of hydrogen peroxide, which makes it superior to all other disinfecting agents, is the anti-fungal action. Fungi are some of the most stubborn and quick-spreading organisms that infect plants and animals alike.

Hydrogen peroxide is widely used in procedures that involve the treatment and prevention of fungal infestation in plants. Some common plant diseases like root rot, green rot, blue rot, and grey rot are linked to fungal damage. Hydrogen peroxide can treat and prevent all of them quite handsomely!

Some Other Implications of Bubbling

The properties of hydrogen peroxide are not just limited to disinfecting and cleaning wounds. Rather, the implications of reactive oxygen species are far-reaching and are linked to many other household procedures!

Another place where you can see the bubbling action of hydrogen in all its glory is in the opening up of drainage of clogged pipes. This is an especially important procedure in the kitchen where the organic matter gets stuck in the sink and pipes.

The reactive oxygen species can react with pigments that are linked with the coloration of objects. Especially in hair, these pigments are complex forms of proteins. Therefore, by inducing the oxidation of these proteins, hydrogen peroxide can become an amazing bleaching agent.

The fresh produce and vegetables we get from the market are covered with all kinds of bacteria and germs. By washing them with hydrogen peroxide, we can not only eat them risk-free but also prolong their freshness. Bacteria and fungi are responsible for the spoilage of fruits, and hydrogen peroxide can get rid of them!

One important function that hydrogen peroxide can perform in gardening is providing aeration to the soil. Low aeration and high water content of the soil are linked with the production of many pathogenic fungi and plant diseases. By incorporating hydrogen peroxide in fertilizers and hoses used for watering plants, we can provide plants with essential oxygen and prevent diseases.

So without wasting much time, order a set of hydrogen peroxide bottles today and watch the bubbling unfold!