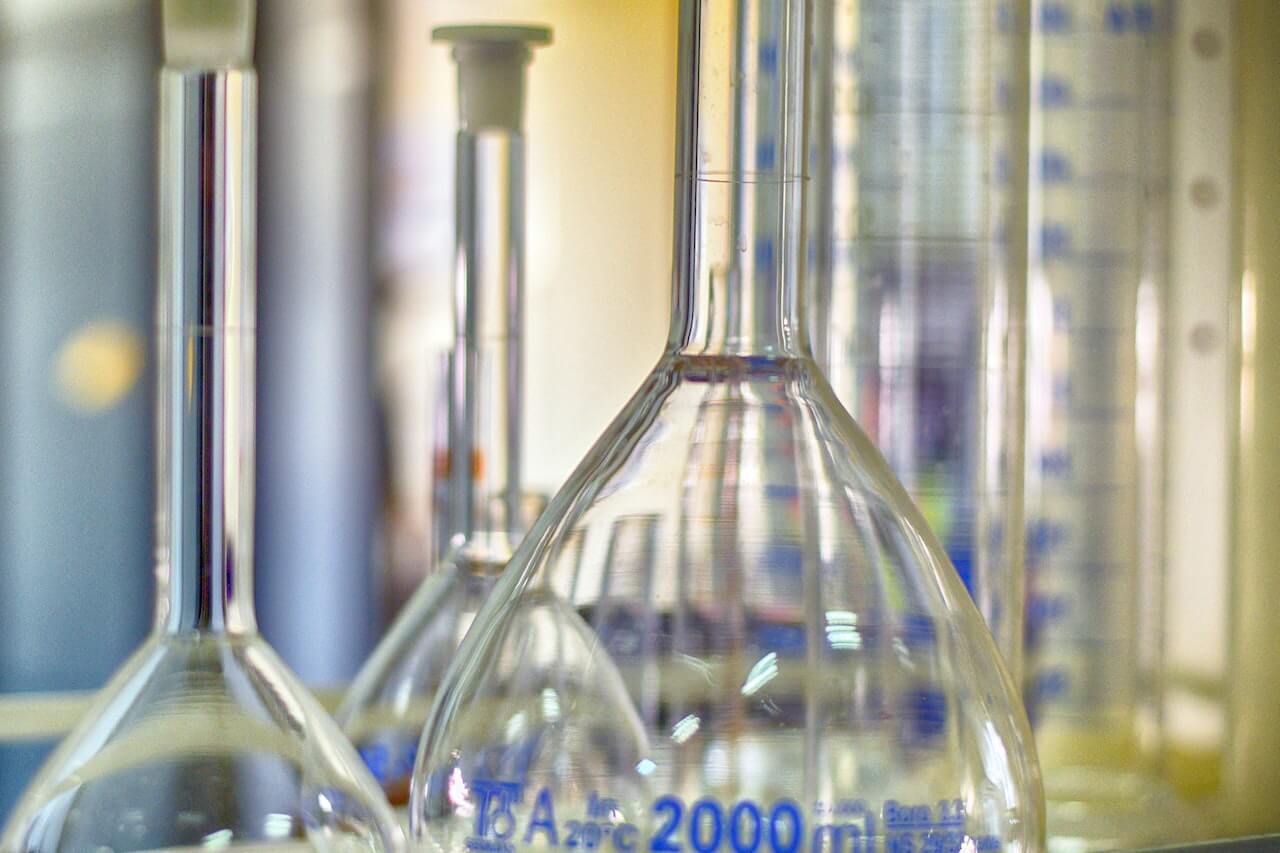 How to Concentrate 3% Hydrogen Peroxide?

Have you ever wondered why that stain on your carpet isn’t leaving even after H2O2’s constant exposure? After all, the market does not have anything better than that as a stain remover.

You may consider hydrogen peroxide won’t do the task as it isn’t compatible. But the truth is completely the opposite.

The problem is in the concentration of the chemical. 3% is an ideal concentration for some processes, indeed. However, sometimes even that isn’t enough to serve the purpose.

That is why, if you want that stain gone or to kill those bacteria on your kitchen shelf, concentrate the hydrogen peroxide a bit.

You may ask how it is possible. Dilution is a no-brainer, but concentration can be a problematic aspect for some people. In reality, it isn’t as hazardous and complex as it seems.

In this article, you’ll get every single method a typical home individual can use to concentrate hydrogen peroxide easily. In addition, you’ll be getting safety precautions about each of them to minimize any dangers you may face during the process.

Why Do You Need to Concentrate 3% Hydrogen Peroxide?

Undoubtedly, hydrogen peroxide is an excellent disinfectant, stain remover, and cleaning agent. However, all its properties depend on the chemical concentration.

After its production from a complex synthetic reaction, you can get only its diluted form. This diluted hydrogen peroxide is up to no good. The reason is that it is a weak disinfectant in that state.

To make it as useful as it sounds, you need to concentrate on a specific 3% combination by different means. Otherwise, its use won’t bring any good to you. Besides that, its benefits can also be a potential reason for you to concentrate on the chemical.

The following advantages can help you assess why concentrating hydrogen peroxide is vital.

3% hydrogen peroxide is excellent for killing the majority of microbes. However, some are resistant to its 3% form.

The highly concentrated form of hydrogen peroxide is a much more powerful disinfectant and antiseptic. It destroys bacteria that cause infections, as well as fungi and viruses.

Can You Concentrate 3 Hydrogen Peroxide At Home?

Hydrogen peroxide is a compound used in many household products, including bleach. The chemical reaction of hydrogen and oxygen makes it a powerful disinfectant.

As for its concentration, you can perform the process at home but only with strict precautions. Hydrogen peroxide is very dangerous if it gets in contact with the skin.

That is why it’s recommended that only adults handle this substance during concentration experiments. Moreover, children should not come near any equipment containing H2O2 unless supervised by adults.

On the contrary, try to use every protective equipment. Use gloves, glasses, and a protective apron. As hydrogen peroxide decomposes in light. So, try to perform the procedure in a place where sunlight can’t reach

How to Concentrate 3 Hydrogen Peroxide Safely At Home

Concentrated hydrogen peroxide is an excellent disinfectant indeed. However, just as with any other chemical, its home concentration procedure also requires some guidelines.

This set of instructions can help you save from any potential hazards. Experts suggest three common methods for the purpose.

Each one of them has its own instructions and steps to implicate.

#1 Boiling the 3 Percent Solution on Your Stovetop

Concentrating hydrogen peroxide isn’t that difficult at all. In fact, this matter is one of the easiest ones in the market. Before jumping in to see its leveled procedure, you must understand how it works.

That is why experts suggest heating the aqueous solution only at a controlled temperature range of 100 ℃. It will evaporate any excess water and increase the concentration value of the chemical.

Several safety precautions can save you from hazards. Plus, these can minimize chemical loss in terms of decomposition. The first one is to keep the temperature regulated.

The decomposition rate can upsurge if the temperature jumps up or comes down. As a result, it may decrease concentration. So carefully monitor every decimal of temperature change.

Besides that, use the equipment for safety and never let any foreign agent add it to the container. Induction of any foreign particle can increase the decomposition rate, which affects your concentration.

To check the product concentration, use the titration process and mark it up to be more cautious next time.

#2 Using a Beaker and Bunsen Burner

Using a beaker and bunsen burner can also be an optimum option for you if you want it concentrated fast. Its principle is the same as the stovetop method. However, it isn’t as safe as that.

Hydrogen peroxide solution decomposes rapidly when it comes in contact with heat. By supplying heat through the flames of a bunsen burner, you are increasing its decomposition rate greatly. The reason is uncontrolled heat behavior.

You no longer control the heat intensity with a constant flame on the line. Therefore, the heat that goes into the solution can increase its boiling range, destroying the purpose entirely.

Still, it is a better option than other long-form procedures if you have minimum product knowledge.

Similar to the stovetop method, it also requires extra heat to handle the heat. Boiling indicates that the temperature range has jumped the 150-degree mark. Therefore, keep an eye out for indications.

Never add hydrogen peroxide to a preheated beaker. Instead, gradually increase the heat after addition to prevent any explosion.

This process has increased the chances of fume production. The reason is the escalated decomposition rate. Try not to inhale the fumes. Plus, keep the flame exposure controlled. Any sudden change can cause an explosion.

Do not keep boiling the solution madly to concentrate it to a greater extent. On the contrary, you’ll only decrease its efficiency by decomposing it.

Hydrogen peroxide is great at killing bacteria and fighting infections. However, it can also be unstable if not stored properly. When you heat your hydrogen peroxide and let it cool back down again, it loses its effectiveness through decomposition.

People use the freezing method to minimize product loss and maximize concentration value. It is extremely safe as there is no introduction of flames in the process. It minimizes fume production and reduces risks.

The only drawback to the process is its functioning time. It can take almost a day to complete. Therefore, if you are strictly conscious of your safety and have plenty of time, this method is ideal for you.

Unlike the above methods, it doesn’t involve any direct or indirect linkage of H2O2 with heat. Therefore, its risks are also minimal as compared to those. Still, we won’t consider it a completely safe process. Instead, it has its own safety precautions.

While opening the inverted bottle caps, you come in direct contact with hydrogen peroxide. Therefore, this concentrated form can cause severe tissue damage or irritation on your skin.

Experts suggest using gloves at all times to tackle these situations. Plus, do not forget to use extra equipment like aprons and eye protection glasses for safety in any spillage condition.

Is It Safe to Concentrate Hydrogen Peroxide?

With proper precautions and procedural SOPs, we can say concentrating on this chemical is safe. However, the methods used must be the only ones that experts recommend. For instance, the three methods explained above would be ideal for everyone.

Furthermore, concentrating on hydrogen peroxide is a simple task if you have prior knowledge about it. However, it is safe only until you follow appropriate instructions.

To safely conduct the process, make sure you avoid direct skin contact. Instead, use gloves. Moreover, try to use equipment that can resist the concentrated form of hydrogen peroxide in case of accidental spillage.

Can You Concentrate Hydrogen Peroxide by Feezing It?

Some people consider freezing a viable option to concentrate H2O2. It can work to some extent. However, it isn’t as efficient as previously discussed procedures.

To remove water from hydrogen peroxide, people tend to freeze it in bottles that can potentially separate both.

Its principle is chiefly based on freezing points. Hydrogen peroxide has a lower freezing point as compared to water. Therefore, even after placing it in the freezer, it doesn’t freeze as much as water.

What Is The Highest Hydrogen Peroxide Concentration You Can Make At Home?

Concentrating hydrogen peroxide at home is pretty easy. However, it has a certain limit that must not be breached. It is better that you stay under 50% concentration value. Going any further can increase risks vastly.

Being extra corrosive, the chemical can cause serious skin irritation that may result in diverse infections. As for the fume production, everything stays fine until you inhale those.

Can You Dilute the 3% Hydrogen Peroxide Solution?

Besides concentrated H2O2 solution, the diluted one also has its own benefits. Sometimes its elevated abilities do more harm than good. For instance, you can’t use highly concentrated hydrogen peroxide as a mouthwash.

For that reason, people tend to dilute the chemical. Its process involves no rocket science. In contrast, it is as simple as adding water to the 3% hydrogen peroxide solution.

Some experts suggest that water exposure must be minimal. That means it is better to add water drop by drop.  It will decrease any chances of decomposition and chemical loss.

Remember, diluting it will decrease its effectiveness, and you may have a less-than-ideal result. Moreover, it will make the chemical non-toxic and decrease hazardous vapor production.

3 percent hydrogen peroxide is the best household cleaning agent, indeed. However, in some cases, it isn’t enough for the task. That is where we need a strong and concentrated option that doesn’t take much longer to complete the task.

That is why the need for concentrated hydrogen peroxide is there. It is a pure and enriched form of chemical that helps in several tasks.

It’s good to take precautions when working with hydrogen peroxide and handle it reasonably. Therefore, we devised effective methodologies and their related preventions for you.

Besides, you should not attempt it if you are new to chemistry. But if you’re confident you can handle the job safely, then, by all means, give it a try! You can find your 3% hydrogen peroxide online and make your way step by step from there.

So, what are you waiting for then? Order your set right away. 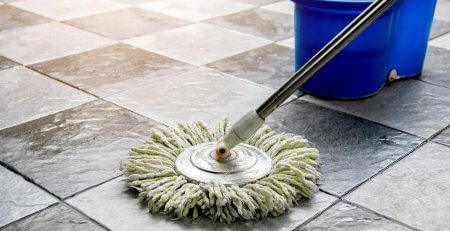 Can I Mix Lysol and Hydrogen Peroxide?

You probably have a bottle of Lysol and a bottle of hydrogen peroxide in your cleaning supplies cabinet. But do... read more 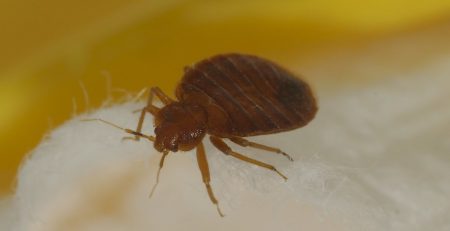 The first thing that comes to mind when a bed bug infestation is suspected is how to get rid of... read more 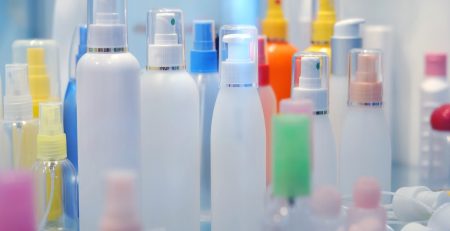 How to Make Deodorizer With Hydrogen Peroxide?

Bad odors are something that we come across constantly in our daily lives, more than we would like. You must... read more 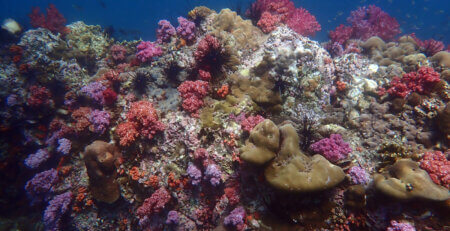 Do you often encounter coralline algae on the glass of your saltwater aquarium? The encrusting purple algae can grow and... read more 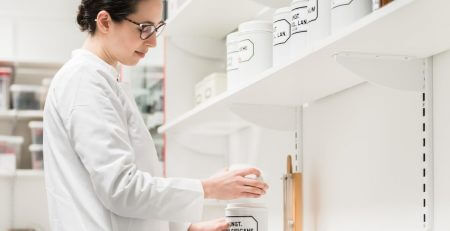 Hydrogen peroxide, an effective and health-friendly disinfectant, has become a must-have product for every household. And although it is now a... read more 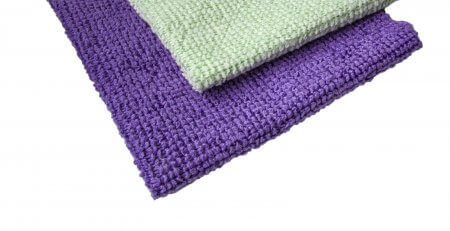 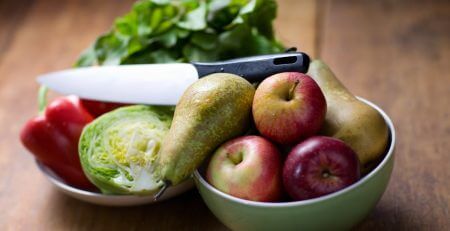 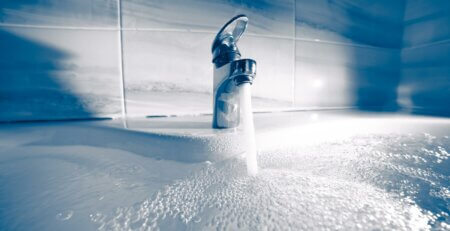 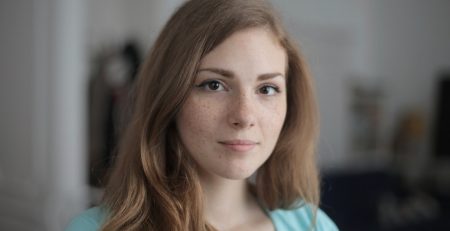 Did you know that a typical household chemical found in almost every household nowadays has a vast array of uses?... read more 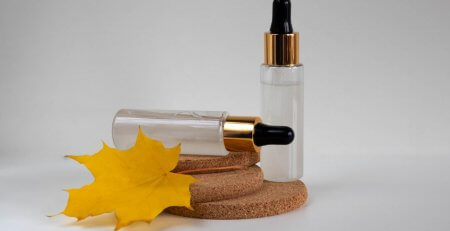